The Cannons D5 and D7 were the rage amongst young people because they had access to terrific looking images at a very low entry price. You could even do a feature for theatrical release due to the large image that you can get.


And just so you see what I'm talking about, here is a chart that  Abel Cine put together for comparison of 35mm sensors 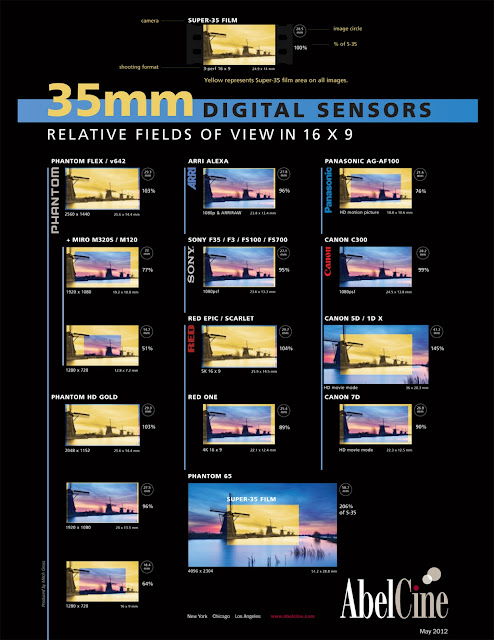 You can see that the Sensor on the AF100 gives you one of  the smallest images.

I think that before you choose a camera, either to buy or to rent, you have to determine what you want it for. Basically, what is going to be the ultimate output.


in my case, I was looking for a camera that would let me do great images for TV and Internet, not features for theatrical release. So I did not need that big an image, all I needed was 1080.

I wanted to have a camera that could run at different speeds and could use different lenses.

oh! and also could record sync sound. And that was the clincher, sync sound.
It would save me a step in post production, big time.

It record sync sound and the cards last you for more than an hour of recording time.

The price was competitive and I already had some Nikon lenses that I could use.

So I bought the camera.

And I don't regret it.