What I like about Panasonic Cameras Part II. AGHPX500P

I have used this camera extensively, in all sorts of situations, from covering soccer games to interviews, and landscapes, and I really like it. 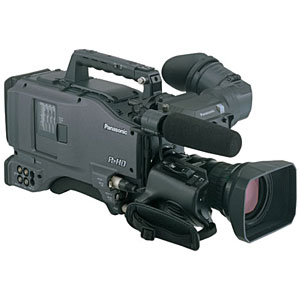 I like the texture, the color and the range.
You have to understand that I was brought up with film and thus, I like the texture and the range of film. So when I moved to digital, I was looking for that.
But he thing about digital is that it is not film.
However, you can develop a look that is not your usual digital harsh texture.
A look with its own personality. And this is what I found in the AGHPX500P.


For starters, I shoot everything at 24PN and I like the CineLike V matrix... and other settings that I have discovered through trial and error.


Menus are very, very important !
The base of your image starts with the camera and the way you set it up is through the menus. The rest is done in the workflow.
Here are some samples of the images I have gotten with the AGHPX500P .
I apologize for the water mark, but nowadays you have to protect images that actually have not  been seen.

I used the AGHPX500P to shoot at least 90 % of the documentary of Rafa Marquez.
That documentary took us to 9 cities, including Barcelona, Pamplona, New York and Stuttgart.

This still is from a time lapse we did one of the nights FC Barcelona was playing. 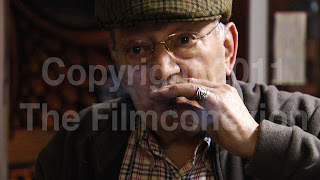 One of my favorite characters in Barcelona.
A true fan of  FC Barcelona, he talked to us about Rafa Márquez in a bar where they got together to see the game. 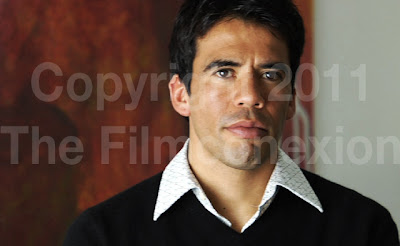 We interviewed Pavel Pardo In Stuttgart , he had just won the German Championship with the club. 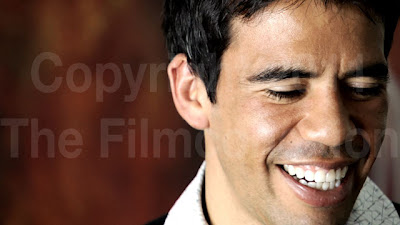 Pavel turned out to be great on camera and he gave us some of the most valuable interviews.

We shot most of the soccer matches on high speed. 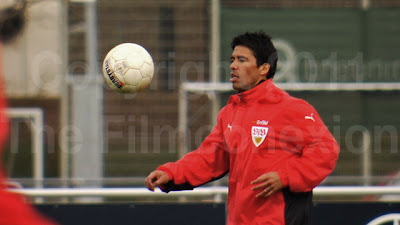 Here we see Pavel during a training session with Stuttgart. 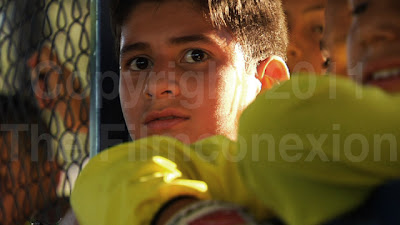 When we were in the Soccer Academy where Rafa began his career in Zamora, we couldn't help  grabbing this great face.


When we talked about the AG-HVX200 in our previous post, we showed you some of the shots we got with the AGHPX500P, here are a couple more from that same project, done with natural light. 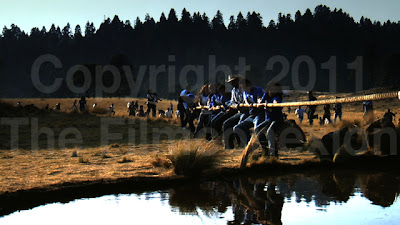 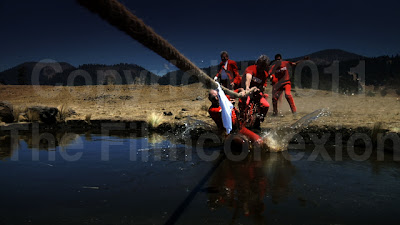 As you have seen through all the examples, the conditions of light vary considerably.
All in all. I think this has been one of the best investments we made. It has more than paid for itself and we plan to keep using it for a while longer, specially for documentaries and web content.


And now on a more serious note: 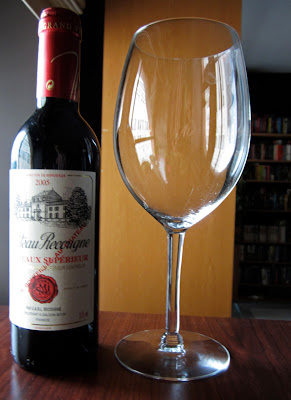 It is not easy to find half bottles of wine, and I hate opening a bottle that I will never finish. And I'm sorry, but once opened, that's it, you have to drink it.
Therefore, half bottles are ideal for me because I don't have to feel guilty by throwing away good wine.


Chateau Recougne is a nice Bordeaux. Strong and a bit earthy with god aftertaste. Great with chicken or duck.

What I like about Panasonic cameras. Part I The AG-HVX200.

I grew up with film. I thought film was magic.
And learning to shoot film was somewhat akin to being a wizard.
But times change.
And if you want to survive in this business, you know you have to keep yourself up to date.
It’s something like “change or die”.
And my, how fast do times change!
It's like the world is on speed..
The change is great actually. It has allowed us to have our own equipment, and the freedom that comes with it.
We started with a couple of Panasonic P2 cameras: the  AGHPX500P and the AG-HVX200.
The two main reasons for our choice were:
1. The look.
2. The work flow based on P2 cards.
However, you must understand that the images you get depend on many factors along the way, from image capture to image rendering and release. In other words: Work flow. So, having this in mind,  I will tell you about my experience with the AG-HVX200. 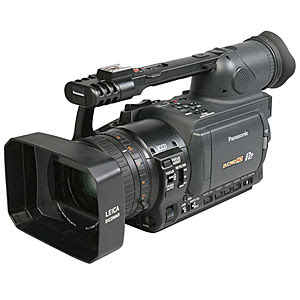 Some people might think that this is a camera that borders on amateur or semi-pro. And there are great advantages to that.
You can put in your backpack with a monopod and go through customs anywhere, claiming it as a personal camera. Trust me, this is a great advantage when you’re shooting in other countries.
It is great for documentaries, interviews and news.
It is great as a second camera to the AGHPX500P.
I have used them both and they intercut great, even though there is difference in texture, it works. 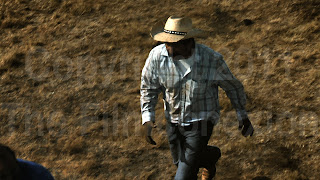 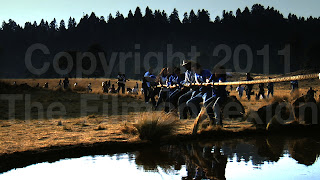 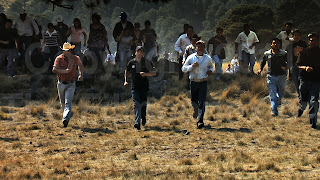 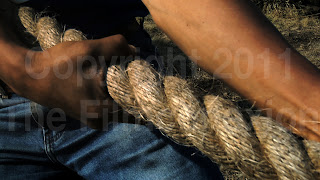 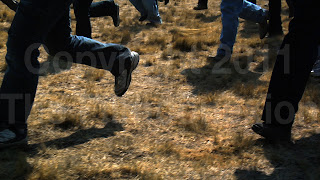 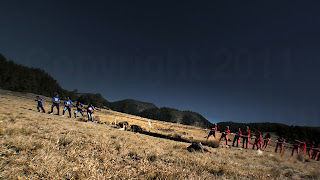 AG-HVX200
These images were shot at 24PN and then they were converted to 1080 for theatrical release.
But the AG-HVX200 can give you great images fast and in very different conditions. 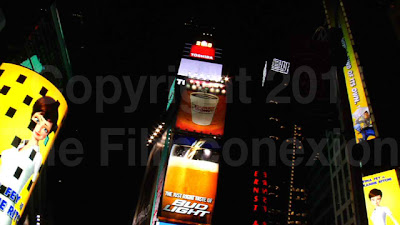 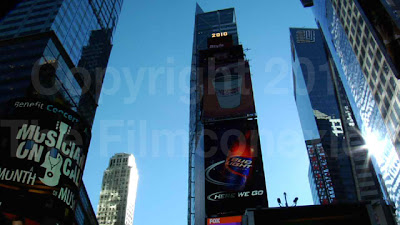 It is very fast to use with its automatic focus and automatic iris controls. It’s almost like a point and shoot kind of camera. 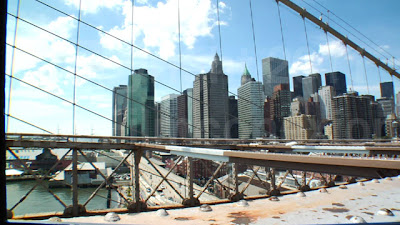 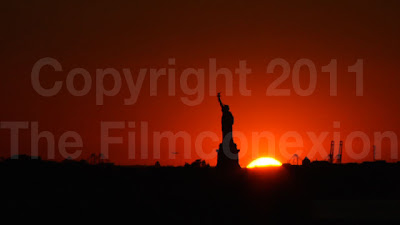 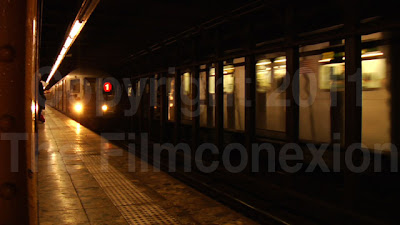 All is not perfect.
The ergonomics are not great. The viewfinder sucks because it’s flimsy, and you need some sort of device to make it a real handheld camera. In my case I have found a telescopic monopod to work great.
The Leica zoom has great quality but it’s too short. And this is why I think it’s basically a close-quarters camera.
It has variable speed and variable shutter, very convenient for sports.
We use this camera extensively as a second camera in documentaries and also during tech scouts and “behind the scenes”.

You can see some examples in the Making of Golazo


This is a first, as I am posting a recipe from a guest contributor: Victor Zeiris.


I saw photos of his dish on Face Book and asked him for the recipe, which he graciously sent me. 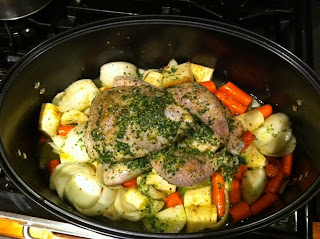 Marinate a whole organic chicken in a mixture of fresh cilantro, garlic, olive oil and white wine for about three hours.

Add salt and pepper just before placing it in the roasting pan.

Chop some carrots, onions and parsnips and put them at the bottom of the roasting pan.

Add half a bottle of white wine (try not to wet the chicken, pour it on the side). 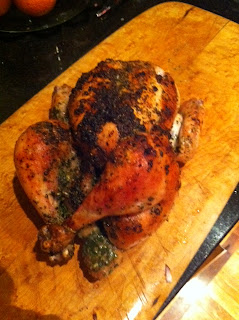 Roast at 450 F for about an hour or an hour and fifteen minutes. In the meantime you can chill, have a Negroni (or two).

Take it out of the oven. Let it rest for ten minutes. Cut it in four pieces on a carving board.

Serve with the yummy juices 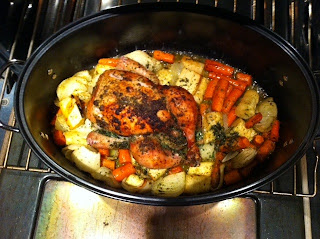 Posted by Xavier de la Cueva at 1:20 PM No comments: