Ronaldihno and Rafa Márquez: paths that cross and intertwine. 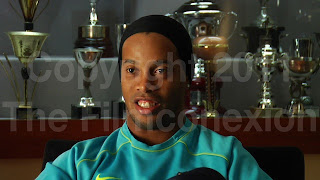 I interviewed Ronaldihno in Barcelona. 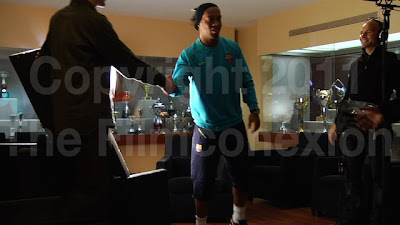 The Club had been great about asking Ronaldinho for the interview, but, as in any case, the player has the privilege to grant or not the interview.

Ronaldihno was no exception, and this was at a time when he was not talking to the press.

He gave us five minutes.


He told us that for him: "Rafa, in the position he plays, is the best in the world".
And he should know because, as he told us, his career and Rafa"s have been interlaced for a long time.

They have played against each other in many games between Mexico and Brazil, the most memorable one being when Mexico beat Brazil  in the Final of the Confederation Cup played in Mexico in 1999.


After that game Rafa went on to play for Monaco and Ronaldihno went to Paris Saint German. And they faced each other again. In fact, they both scored during the same game one of the times PSG visited Monaco. 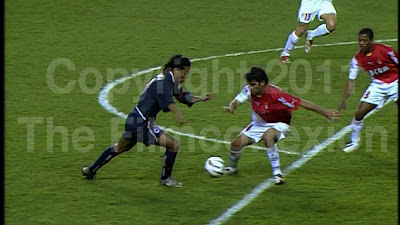 During their time in France, Rafa won the Championship of France and the Cup with Monaco. PSG, where Ronaldihno played, only reached the semifinal when they lost to Bordeaux. 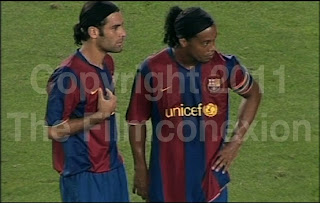 Their best result together was of course, winning the UEFA Champions League 2005- 06 in Paris.


In 2008, Ronaldihno was tranfered to AC Milan while Rafa stayed on in Barcelona through 2010 becoming the most successful Mexican to play in Europe in the last 10 years.
Posted by Xavier de la Cueva at 12:32 PM No comments: