I love shooting in Barcelona, the architecture, the people I work with, and the food of course.

And just so you know where my priorities are, let me tell you first about the arròs negre (black rice) I Normally it is a rice prepared with green peppers and squid (thus its black color) and then they add mussels.


My favorite place to eat Black RIce in Barcelona is Butafumeiro, at the bar.  They must have changed the cook because now it is more like a black paella since they have added shrimp and fish. And it is prepared just like a paella.


And in between several culinary adventures I shot a commercial for Giorgi with David Villa. 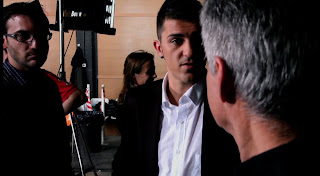 Of course by now David Villa is one of the most famous soccer players in the world as he is the leader scorer for Spain in the World Cup of 2010. He is not only a great goal scorer, but an incredible person, simple in his demeanor and most important, he likes to shoot with me because he thinks I’m really good, hey! Let him think whatever he wants, right?

GIorgi?              The leading brand of hair products in Spain.
And faithful to their strategy using personalities, they decided to gamble on David Villa to launch their new line of body deodorants.
I don’t know if they consulted the octopus but their gamble has paid off big time with the success of David Villa during the 2010 World Cup. 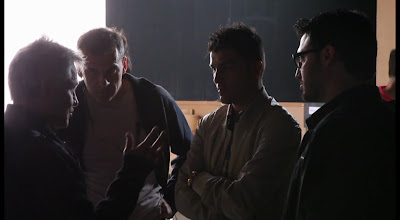 Juantxo Grafulla, my AD in Barcelona listening as I lay the shooting plan for David and his rep. Perhaps the most important part of the process as far as I’m concerned.
The shoot  was a lot of fun because it was like a mini musical that included big LED signs and cheerleaders.
And although there was a lot riding for the client, we all manage to keep it light and finished within the 6 hours stipulated for the player who really appreciates this. And that is worth its weight in gold when you deal with personalities. 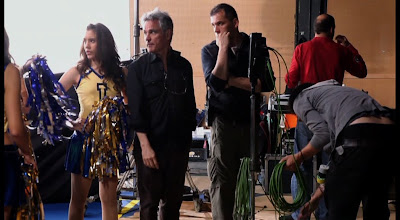 In Spain there is no tradition of cheerleaders, so we had to cast among dancers and gymnasts. 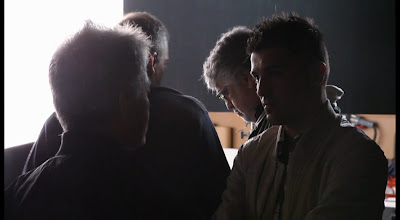 This is our second collaboration and hopefully there will more to come.


Making of video
The wine !

I forgot all about the wine !

I know that to some people the best white wine is red.
I can respect that, but in Spain there is this wine that is unique:  Belondrade y Lurton DO Rueda
The only thing I can tell you is that it is the only white wine I have tasted that has two clearly defined phases.
The first glass is a different wine from the second glass. And both are superb.
For more about this wine:
Posted by Xavier de la Cueva at 8:41 PM No comments: